Ken Nelson and his family has called Sterling

Heights their home for just over 33 years. I have a Bachelor of Science in Business Management from the University of Nevada, Las Vegas

Before that I served in the Air Force for just shy of seven years with a tour in Vietnam (1970-71) as a Weather Equipment Technician. Upon discharge I applied and received a civil service job with the National Weath 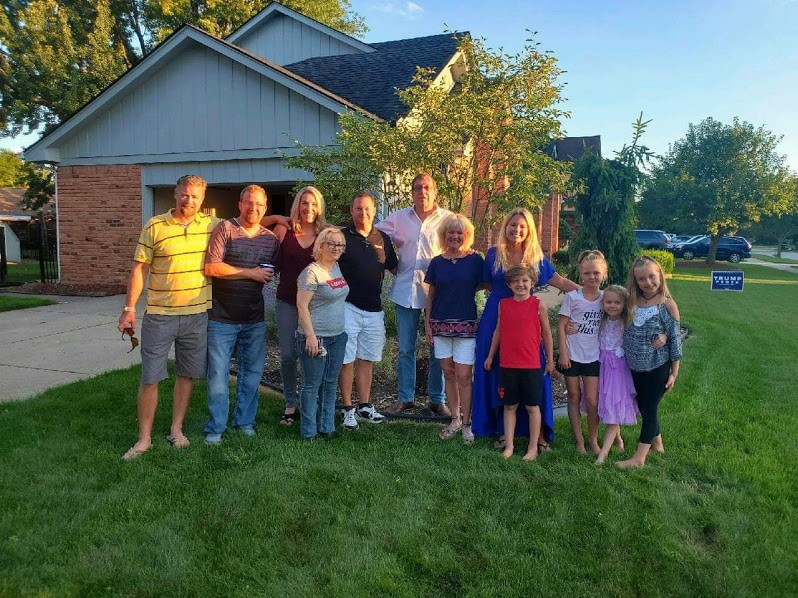 er Service as an electronic technician and served twelve years with various levels of supervisory responsibility.

The next eight years found me working for AT&T as both a Systems Consultant and Sales Executive to AT&T’s largest National Account, General Motors.

In 1995 I joined my brother in a start up company called Key Property Services of Michigan. The company was a Real Estate Brokerage as well as an Association Management Company for both Subdivision & Condominium Associations. In 2002, I became sole owner of KPS. As CEO/CFO I acted as a City Manager to an elected Board of Directors for up to 40 Associations and 40 different Boards.  I served my associations for 24 years and retired in 2019.  My daughter now owns the business and carries on the family business.

While working for AT&T I served Sterling Heights on the Sterling Heights Beatification Commission for a year, on the quasi-judicial Board of Zoning Appeals for three years-two as Chairman and had the privilege of being elected to two terms as your Councilman from 1996 – 1999.

About Our Council-Manager Form of Government

How it’s Supposed to work!

The Council-Manager form is the system of local government

that combines the strong political leadership of elected officials in the form of a governing body (the City Council) with the strong managerial experience of an appointed local government manager. The council-manager form establishes a representative system where all power is concentrated in the elected council and where the council hires a professionally trained manager to oversee the delivery of public services. In council-manager government, the mayor and council members are the leaders and policy makers elected to represent the community and to concentrate on policy issues that are responsive to citizens' needs and wishes. The manager is appointed by the governing body to carry out policy and ensure that the entire community is being served.

The council is the legislative body; its members are the community’s decision makers. The council also focuses on the community’s goals, major projects and such long-term considerations as community growth, land use development, capital improvement plans, capital financing and strategic planning. The council hires a professional manager to carry out the administrative responsibilities and supervises the manager’s performance.

In council-manager communities, typically the mayor presides at council meetings, serves as a spokesperson for the community, facilitates communication and understanding between elected and appointed officials, assists the council in setting goals and advocating policy decisions and serves as a promoter and defender of the community. In addition, the mayor serves as a key representative in intergovernmental relations. The mayor, council and manager constitute a policy-development and management team.

The manager is hired to serve the council and the community and to bring to the local government the benefits of training and experience in administering local government projects and programs on behalf of the city council. The manger prepares a budget for the council’s consideration: recruits, hires and supervises the governments’ staff; serves as the council’s chief adviser; and carries out the council’s policies. Council members and citizens count on the manager to provide complete and objective information, the pros and cons of alternatives and longer-term consequences. The manager makes policy recommendations to the council, but the council may or may not adopt them and may modify the recommendations.

Local governments have found that overall costs actually have been reduced with competent management. Savings come in the form of reduced operating costs, increased efficiency and productivity, improve revenue collection or effective use of technology.

There are 21 City departments with the assistance of more than 12 offices and divisions carry-out the day-to-day operations of City government.